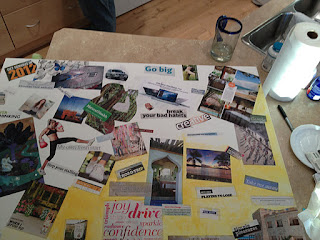 so we are three days in and already you've made an ass of yourself. seriously? I was ready to bid a fond farewell to 2011. I was thinking about all the crap that happened in 2011 and then I stopped myself. I tried to be positive. think of the wonderful things that happened in 2011. I was able to reconnect with family and friends. I met some friends in the flesh who I dreamed of someday meeting. I took the time to make some art. taught some workshops. took some workshops. formed a circle of new friends. sold a house and moved into our dream home. survived living with my parents for two weeks in between. ate cupcakes and drank really good coffee. got rid of the old and bought new. did enough diy's to write a book. ate the best fish tacos ever. participated in a sweat lodge ceremony. saw my son take his first big step towards his big dream. had a massage on the beach. attended jann arden's book signing and witnessed my husband gushing. was fortunate enough to attend two kids christmas concerts. oh it was awesome! 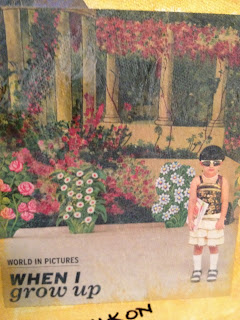 sure there was the shit in between, but I was willing to let that go. so willing was I or apparently ready to let it go like that old tattered shirt you just couldn't bear to throw away that I felt the release when it happened. it was surreal. unlike anything I have ever felt. kind of like those evangelists on tv who smack you on the forehead and say "you are cured". yeah, like that. I felt the release and thought THAT should be my word for the year, "release". so I am strutting my stuff and all ready to bring it in 2012. 2012 how do you do? nice to meet ya. sit a spell and let's chat, k?
the good stuff is this... 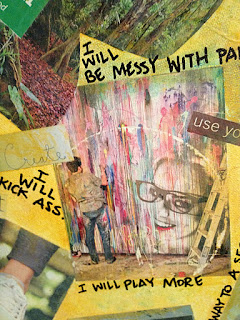 the "idea porch" as I like to call it told me to do a vision board. oh, I've done them before and everybody is talking about making them for the year except this time it said to invite the man to do it with me. hmmm...so I gave him the spiel about buying the magazines, big canvas, rip and tear, glue and write and he was all in like when you push your chips to the middle of the poker table. oh my! 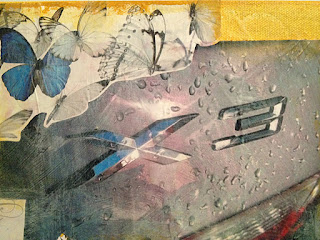 we started by hunting for magazines. what kind he said? any kind! how many he said? at least three. within a few minutes he was done. I was still hunting for the perfect magazines to rip and tear and also reading some very interesting articles. I needed to catch up before I lost him.
and so with gabrielle roth playing in the background we started our rip and tear fest. a few images, a few words and then we talked about why we picked what we picked. we wrote down some of our thoughts for 2012 and then began gluing it down. I was the one gushing now for he willingly participated and was a rockstar! the whole process of picking the images, the words and then the placement is kind of like sowing the seeds in a garden. you decide what you are going to grow, plant the seeds and watch them sprout. we were both very excited about the sprouting. go on sprout forth dreams, goals and wishes! 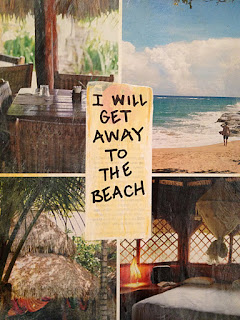 and then it happened. like any other time you are busy making plans. life whams you in the face with a frying pan and says "hey, wait a sec, ok?" WTF? no, no, no! 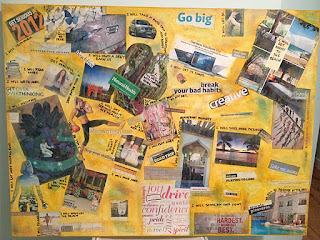 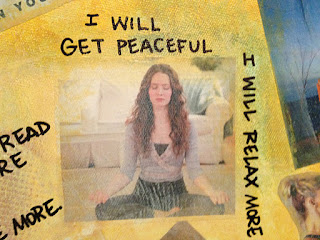 yeah, well not so fast batman. mom has fallen twice in the last four days and nearly choked to death on a piece of melon. ya, that kinda sucks 2012. no thank you, ok? no more, ok? not so fast sista! how about we take one of your own, precious to you and have them began a battle for their life. how's that? fuck you 2012! 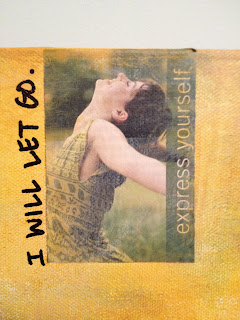 sometimes you just have to hit the delete button,
take a few deep breaths
and keep moving forward.
that's all.
and know people care about you,
and you are loved.

I agree with FAB! You know people care about you and you know that people love you!
2012 starts for you tomorrow! How's that? See, it's not 2012 yet, not till tomorrow!
I love you and I'm so glad to have you in my life! Lots of exclamation points in this post! lol That means that you have to listen!Deep breath and start again!