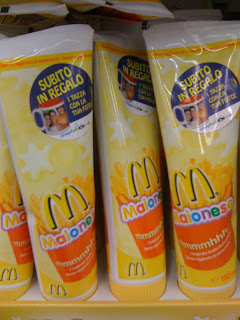 after all these years of trying diet after diet to reduce my junk in the trunk I think I finally found THE DIET to end all diets. I'm pretty sure I nailed it and I look forward to seeing you all at the book signing.
ok, let's get serious here shall we? get your pencils out and take some notes! first you have your mother sent home from the hospital against your will. she is put on a "thick" diet which means everything she eats needs to have a pudding like consistency to it. second you team that up with a fragile father (got one of those?). third you tie it all up in a bow and voila you have three very unhappy italians.
the first italian being the mama who could eat an elephant under the table. this woman has always had a roaring appetite, lick the plate clean syndrome and no leftovers policy. she adds mayonnaise to everything! green beans, eggs, potatoes, and has a funny story of craving it when she was pregnant with me. of course she has nothing to show for it! she has never had a weight problem and was quick to point that out to me on several occasions (refer back to the first sentence). now she can only have minced mountains of food and thick liquids. yup! water, coffee and tea all need to be thickened.
second italian being my father who was convinced that he could take her home and do it all! he loves this woman to pieces and the mere thought of dropping her off at a nursing home shames him. he is not that savvy in the kitchen. he likes kinchucky (his words not mine) fried chicken and caesars pizza as a quick meal. for breakfast he stands at the kitchen sink with knife in hand cutting bread, salami and cheese and having a few quick bites before she beckons for him. late last night he admitted that he could not do this anymore. hallelujah!
third italian being me. I agreed with the doctors and wanted her relocated, but my parents declined. it is what it is and we need to get through this. I am a vegetarian and the sight, smell, touch and taste of meat makes my stomach twirl. come to think of it many things make my stomach twirl. heavy perfume, dog puke and changing a babies diapers to name a few.
and so I depart this morning with starbucks and vita mix in hand determined to make my parents life easier. what in the hell was I thinking? we started off with rice a roni - the san francisco treat! it was in the cupboard and seemed like something that would have some taste to it. pair that with some lovely pureed green beans and I was still holding down the chai. then the canned salmon was opened and ooohh little throw up in my mouth. then the ragu with pasta. still okay, but then the chicken was cooking in the pan and the salmon was sitting on the counter and the green beans looked like something that came out of my dogs butt the other day and the rice a roni was cooling. too many smells! dad dug into the pasta. good thing cause he probably skipped his kitchen sink breakfast this morning. mom was up and starving for food and attention so I served her up some salmon, rice a roni and green beans. looked good enough? then she yelled for water. I mixed her up some thick water. she said we were trying to kill her. she told us the doctors were crazy. I started spoon feeding her to get some of it into her and because it also had her meds crushed up in in it. she yelled "vaffanculo". do I need to translate? my mother sat there and had the balls to tell me to fuck off.
I was done. I went outside and took a few breaths and then I started laughing. I had to keep it together cause I know that inside my father was trying his best to calm her down and explain to her that we are not trying to kill her. yay for me that I can add that to the memories of my mother. I knew that someday soon it was coming, but I never thought she would actually say it to my face. so I go back inside and tell her that this is what the doctors ordered. she can have thick water or she can have nothing. she started with the hand wave and you guys are all crazy and I just want a sip of water for christ's sake! broke my heart. we gave her about a tablespoon in a glass and told her to savour it cause that's all she was getting. and so the stomach turns...
I should have offered her some mayonnaise. it does have a pudding like consistency to it!
Posted by nadia at 23.9.11

Oh, man. I feel for you. We had the exact same situation with my mom (for years). Jewish mother- Italian mother, probably the same. We had to add ThickIt powder to everything or mom would choke. And it was somehow our fault that everything was gross. The only person who ended up gaining weight was me, lol! I am sorry you have to go through this. You just have to laugh. Or cry. Do which ever makes you feel better.

Want Papa Dave to come cook for mama? He is the master of soup and smoothies so thick it gags you. Seriously Nadia have you tried Kale, banana, orange juice, etc in the vita mix. Dave says it is a super food smoothie....praying 4 you dear.

You answered your own question, honey. Just give her the mayo and a spoon and let her go! Right consistency, she loves it and it has a few good nutritional elements, doesn't it? Keep laughing, better than crying.
Love you.